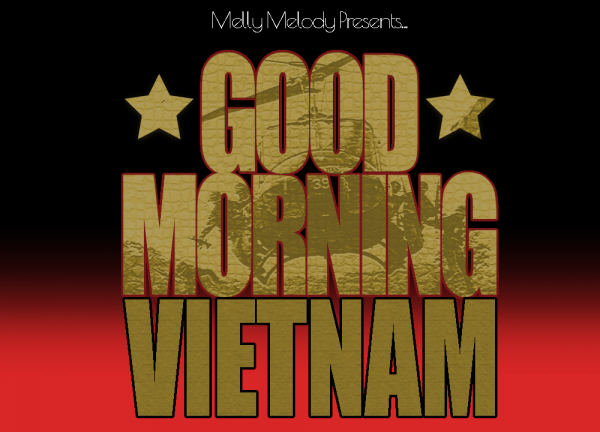 The Vietnam War, AKA the ‘Rock and Roll War’, generated some of the 20th Century’s most iconic pop, folk, soul and rock songs. This is the music of a generation who stood on the precipice of change! These are the songs of hope, courage, love, loss, anger, and resistance…most of all, these are the songs of connection.

This is a generation defined by its music: The Beatles, Dylan, Aretha, Elvis, Hendrix, The Rolling Stones, Creedence, Peter, Paul and Mary…the list goes on, just like the beat!

Come and relive the music of the Vietnam War Era as you sing and dance along to every iconic song!
When:
Saturday at 7.30pm 13-Mar-2021
Where:
The J Theatre
60 Noosa Dr, Noosa Heads QLD 4567
Noosa Heads
Contact:
Melanie Evans e: mel@mellymelody.com.au

Book:
Add your name to the Who's Going list to let others know you will be attending.
Web:
https://www.thej.com.au/
Views:
141 people have viewed this event
Comment about this event:
Who's Going:
Melanie E
Keywords:
Good Morning Vietnam - Live In Concert!, The J Theatre, Noosa Heads, What To Do In Noosa Heads